We need sleep to rest our brain. When we sleep our brain goes into a reduced or absent state of consciousness backed by moderately paused sensory activities and idleness of almost all the voluntary muscles of our body. However, our body & our brain keep on functioning actively and normally though with a somewhat reduced ability to react to various stimuli. However, the purpose and the mechanism of sleep are yet to be fully and accurately ascertained by the analysts. However, they have managed to come to the conclusion that in different ages, sleep can have different causes and effects on human life.

Majority of people suffer from sleep deprivation at one point in time of their lives. Occurrence of sleep deprivation once or twice during the entire life span is perfectly alright and there is hardly any reason to worry about that. However, if it happens during the early childhood days, especially during the teens, then that is something to be taken care of at the earliest. This is the time when a human body and mind undergo a series of changes to take a permanent shape and form. Therefore, any aberration at this juncture can make a lot of difference so far as physical and mental structure of the individual is concerned.

Technically speaking, teens are perhaps the most vital stages of human life. It is during this stage, when the mind and the body of an individual undergo the maximum extent of change. This is the time when an individual moves over to adolescence from puberty. As a result of this, teens are more prone and responsive to stress and strain than anyone else.

Prolonged study has revealed that various factors including stress and strain tend to have certain effect on the sleeping pattern in the teens. In some, it results in excessive sleeping by disturbing the body clock. This causes these individuals to stay up till late in the night and it becomes virtually impossible to awake them till late in the morning. Again, in some others an altogether different sleeping pattern can be noticed when the individual has hardly any sleep. As per the analysts, it’s the direct effect of the mental changes that take place during the time and the effect of the environment on that changing mindset. This happens when a teen tries a bit too hard to come in terms of the competitiveness in the daily life and its stress & strain. Hence it can be said that sleeping pattern is the physical manifestation of the mental and physical metamorphosis that a teen undergoes.

As per the statistics, much of excessive sleepiness among teens can be attributed to their frustration of not living up to the expectations of their parents. Some other factors like part-time or odd jobs, early-morning schools, excessive pressure of homework, too much extracurricular activities, pressure of meeting the social demands, excessive use of different electronic gadgets including computers are also responsible for sleeplessness during teens. Furthermore, a study conducted by Journal of School Health has also revealed that over 90 percent of modern teens sleep much less than 9 hours per day – the amount of sleep recommended by the physicians. The study also showed that 10 percent of teens sleep less than even six hours per night.

The activities that we perform round the clock are strictly influenced and in some cases, governed by an internal biological clock. This clock influences the temperature of our body, our sleep cycle, out appetite and various hormonal changes and secretion. The biological & psychological processes of our body that are strictly governed by this 24-hour clock are known as Circadian Rhythms. In case of children who are yet to attain adolescence, the Circadian Rhythm tells the body to fall asleep by 8 or 9 in the night. However, during puberty it directs them to stay awake till 11 or beyond. Hence staying further awake disturbs the body clock and this directly influences the biological and psychological activities of the body.

It is seen that the teens in general, have a propensity of sleeping too little to maintain maximum alertness during the day and make most of the day to complete various activities. Though they require a minimum of nine hours of sleep, that requirement is hardly met, chiefly to meet the demands that the modern students’ life asks for.

Too little sleep during teen age:

Other superficial effects of sleeplessness amongst children include symptoms of Irritability & moodiness, signs of hyperactivity, signs of persistence tiredness even after getting up in the morning, fussiness over trivial issues and a nagging attitude & crying, deterioration of performance in school and tuition, clumsiness, poor controlling ability over impulse, short naps during daytime and a reluctance in getting up in morning.

When we tend to discuss the principle causes behind loss of sleep in children during their teens there are a number of factors that can be held accountable. Some of them pose direct effect while others may be indirect, though important reasons behind sleep deprivation.

The principle causes of sleep deprivation amongst children, especially those in their teens are anxiety, strain and stress, hindered or defective physical development, depression and dejection, obesity, lowered immune system, diabetes and so on. Sleep deprivation in children produces an overall impact on their health and leads to serious health conditions.

Let us look into various causes of sleep deprivation in children in details:

Dealing with Sleep Deprivation during Teens and Looking For Some Remedy: Some Tips for the Parents and Teachers:

Before concluding, it should be mentioned that in certain cases parents are responsible for the sleep deprivation in their teens. Either they are too much ignorant about the habits their teens are developing or they are encouraging in certain activities like watching television till late in the night, letting the children watching movies of too much violence and horror or letting them chat to friends over phone for too long. These habits, if allowed to carry on for too long will definitely give rise to sleeplessness subsequently. Old habits die hard and so it’s better to follow the old saying, “Prevention is better than cure”. Refrain from helping your teen from developing these habits. As he grows up, be a bit stringent so that he thinks twice before doing something that may be harmful to his body clock and his sleeping pattern. Bring up your child rather smartly instead of repenting later on. 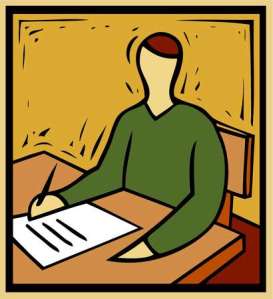 Writing is an art. Some are naturally talented in this art and some require practice. Whether you have this naturally in you or imbibed it through effort, you need to give some time to your writing skill so that it improves. In your free time, you may think of doing this. But during term exams, this seems like a herculean task, giving rise to mental pressure and tension. Due to anxiety, you may fail to produce an excellent work and affect your final grades. To avoid such situation, you can consider taking custom writing help. Custom writing services are provided by qualified and expert writers. They can write anything, be it an academic research paper, an assignment, an essay or a thesis.

There are some reputed online writing selling companies which hire specialized writers for this job. These writers possess special writing skills and progressive thinking. They know it very well how to create a compact and interesting copy by incorporating important insights into it and always deliver their work on time. Hence, if you want to boost your grades, consider these services.

Some of the basic features of these custom writing companies that help you generate good quality work for you are discussed below.